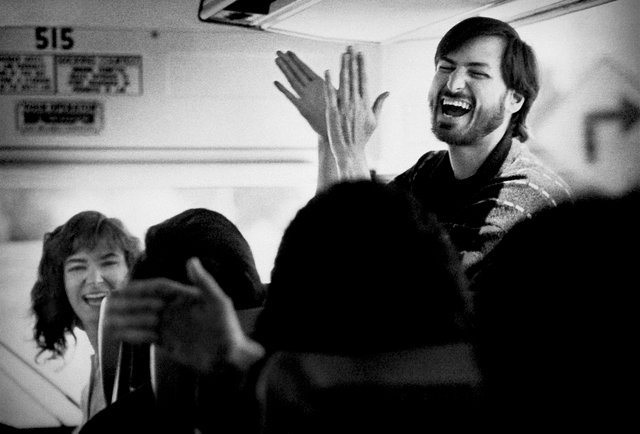 I think Job's approach to development goes something like this: 1.

Build a talented team. Keep it small. Give them time. Keep them focused on the end goal not the internals of the project.

The Israeli medical device Steve Jobs would have liked

Cut all non essential features. Don't tolerate crap. Turn your product announcements into theatrical performances. Have as your main goal keeping the end users happy, not the middle men. Decided their customers were the retailers, not the people who used the film. Wouldn't make the massive switch to digital because middlemen liked the foot traffic film created and digital didn't and threatened to drop carrying Kodak products altogether if digital was pushed.


Funny, the middlemen had little trouble switching to digital when customers made the switch Wow, I used to be an avid photographer at one point, but had no idea about any of this. It is a lot easier to avoid and eliminate debt when you are ruthlessly focused on a few key features. I think 5 and 8 are just the ones that aren't always done by other large players. I've only seen Steve on TV, but here's my guess. Steve seemed to be a master at this - he can sense when someone is glossing over something, and attacks it.

Most people don't want to hear the things you clearly omit. Steve went for the jugular. Heard of the Next computer?


Uneconomic - the whole automated assembly, and razor-sharp magnesium corners, and 16 different shades of black thrown out because they weren't quite right drove the costs up too much. Heard of WebObjects? Steve had his failures. He tended to salvage what he could, restart them, and finally get them working; but he still had failures.

My Twenty Years with an International Photojournalist…Then and Now

I bet he learnt a lot from them. To be fair, the Cube was expensive, but the pizza box-shaped NeXTStations were competitively priced to similarly-powered high-end PCs and Macs of the early 90s. You'll be surprised how little time people have for useless embellishment if you keep them busy with real work. Which is another way of saying that if a team is small and optimally sized they can't go off and do random nonsensical reinvention of wheels. Many times parsimony is elegance. It seems like they reuse as much as they can, and innovate only where they need to.

I agree wholeheartedly. Jobs produced "copies" of things that transcended the things he copied he "copied" an MP3 player with a a simpler but better MP3 player, b cross-platform software with automated ripping and an online store, c seamless integration, d negotiated rights with all the major labels that boggled the minds of rivals see Gates's reaction in the Isaacson book and also allowed indie artists direct access to their fans.

And, in my opinion, the iPod is the least of Jobs's major accomplishments. I don't want to downplay the genius of the guy who developed the automated cotton mule. The early 19th century didn't afford opportunities to effect sweeping technological revolutions that our era does. The idea that Jobs got the idea of the iPad from the Microsoft engineer who boasted about the tablet version of Windows is laughable. Isaacson's book and other sources document that Jobs was trying to source working touch screens before the Mac shipped, and carrying around designs for laptops in his pockets.

If Gladwell has a valid point to make in the entire article, it's that Gates's desire to fight malaria with his billions is commendable and visionary. I won't argue with that. Everything else is rubbish. Someone, I think the Economist, suggested at some point that Gates was the greatest Robin Hood in history, which nicely implied that his billions were largely acquired by theft.

RyanMcGreal on Nov 7, Gladwell basically calls Jobs a tweaker. He didn't tweak products, he reinvented them. In fact, Jobs didn't have the skills to be a tweaker the guys Gladwell compares Jobs to were essentially hardcore engineers. Here's a simple example from Isaacson's book : When Jobs was working on the Apple II he wanted to build the power supply into the box but didn't want a fan, so he hired a guy to design a new kind of power supply that would meet his requirements. This kind of thing occurs over and over in Jobs's story. The mouse on my mother's k Mac eventually failed after five years when its plastic feet were down flat.

I have, and I would hardly call it a "half-assed UI". The Xerox GUI instead was saved by Moore's Law, when the hardware could be made cheap and fast enough to make consumer products. Even if they got the price down, it would have been sold by Xerox copier salesmen to businesses. Three button mouse, you needed to know which button did what or it was useless.

No diagonal scrolling Also, the use of the word "tweaker" is a stupid rhetorical trick Can anyone name a single product that Jobs released that had not already been proven in the marketplace by another company, in substantially the same form? I can only think of one: the Newton. And Jobs never made that mistake again. The iPhone wasn't merely a "tweak" on existing cell phones, or even the Palm Pilot.

What's your standard? Name a few products. The Walkman? If the Walkman qualifies as an innovation, then surely the iPhone does.

Calling the Macintosh a tweak on the Xerox Alto I think is also hardly fair. If that is true, then all products ever released have been tweaks, which makes the distinction meaningless. Are you kidding? It was clearly a tweak of the Palm Pilot and the Treo phone.

Same form factor, same 'one app open at a time' philosophy, same launch screen. The key tweak was eliminating the stylus. It was certainly similar enough to litigate the issue. 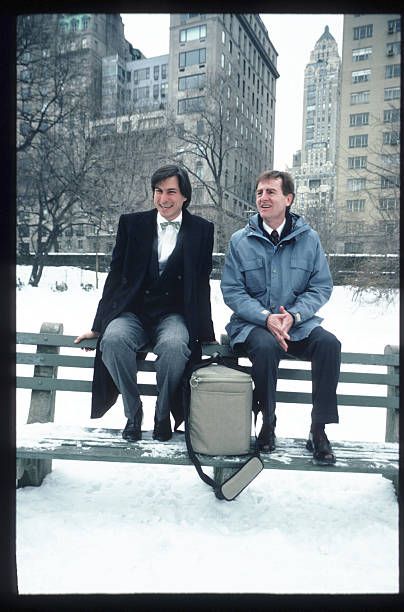 I'd agree though that the Mac was probably the riskiest product Jobs produced, in terms of predecessors in the market. If that is true, then all products ever released have been tweaks Every once in awhile there is a real innovation. The aforementioned Newton, say, or the Wii-mote. The Walkman seems more like a tweak, there were already portable tape recorders in wide use. I mean I suppose it depends on your definition of "substantially the same form" and "proven. I think the iPad is really the best example of Jobs' talent being used in a capacity that wasn't just tweaking.

Stylus input and finger input are just completely different ways to approach the user interface. An iPad isn't a tweak of previous failed Windows tablets, it's throwing out the basic premise of the machine "a tablet is just like your computer but in the palm of your hand" and starting from scratch "what is the purpose of a tablet? I agree that getting finger input right was the critical factor, but I don't think it was at all obvious that it would produce a completely different user experience.

Looking forward from five years ago, I don't think you could call it anything but a tweakit's only with the benefit of hindsight unless you share Jobs' unique talent that you can see that a small design change use your finger instead of a stylus! I disagree that it's a small design change. The decision to use finger input as opposed to stylus input has a cascading effect on the whole UI.

Fingers are too fat to click on lots of little buttons, so you have to use direct manipulation everywhere you can. Take something simple like zooming or scrolling a page.

The stylus was just a less capable mouse on a smaller screen. On iOS circa , you pinch to zoom the page and swipe to scroll it. I think the iOS UI is really the perfect example of something that wasn't just tweaking. Windows Mobile was just a tweak of the mouse-based Windows UI for stylus input. This is a fair point, but that's the engineer's point of view. Looking at it from a product manager's perspective, why did so many decline to make the investment necessary to make touch work for the consumer?

I would argue that they simply didn't perceive the enormous difference it would make ie, that the risk was worth the reward. Faced with the engineering challenges you describe, they decided that there was just not enough difference between using a stylus and using touch to justify the cost.

A small product change can still be very expensive to make. I agree that's a proper description of why Microsoft, etc, didn't do touch first, but what exactly is that relevant to? 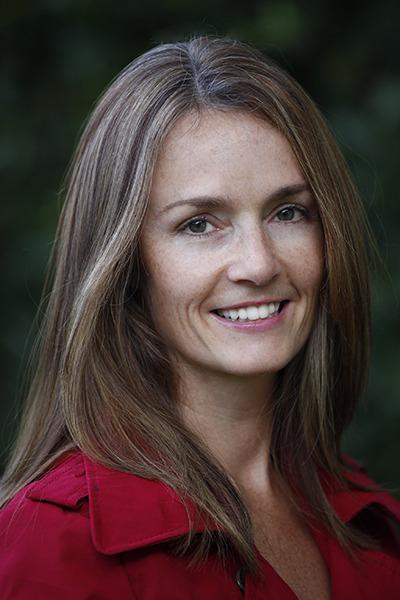 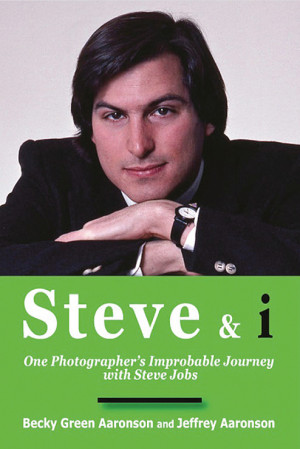 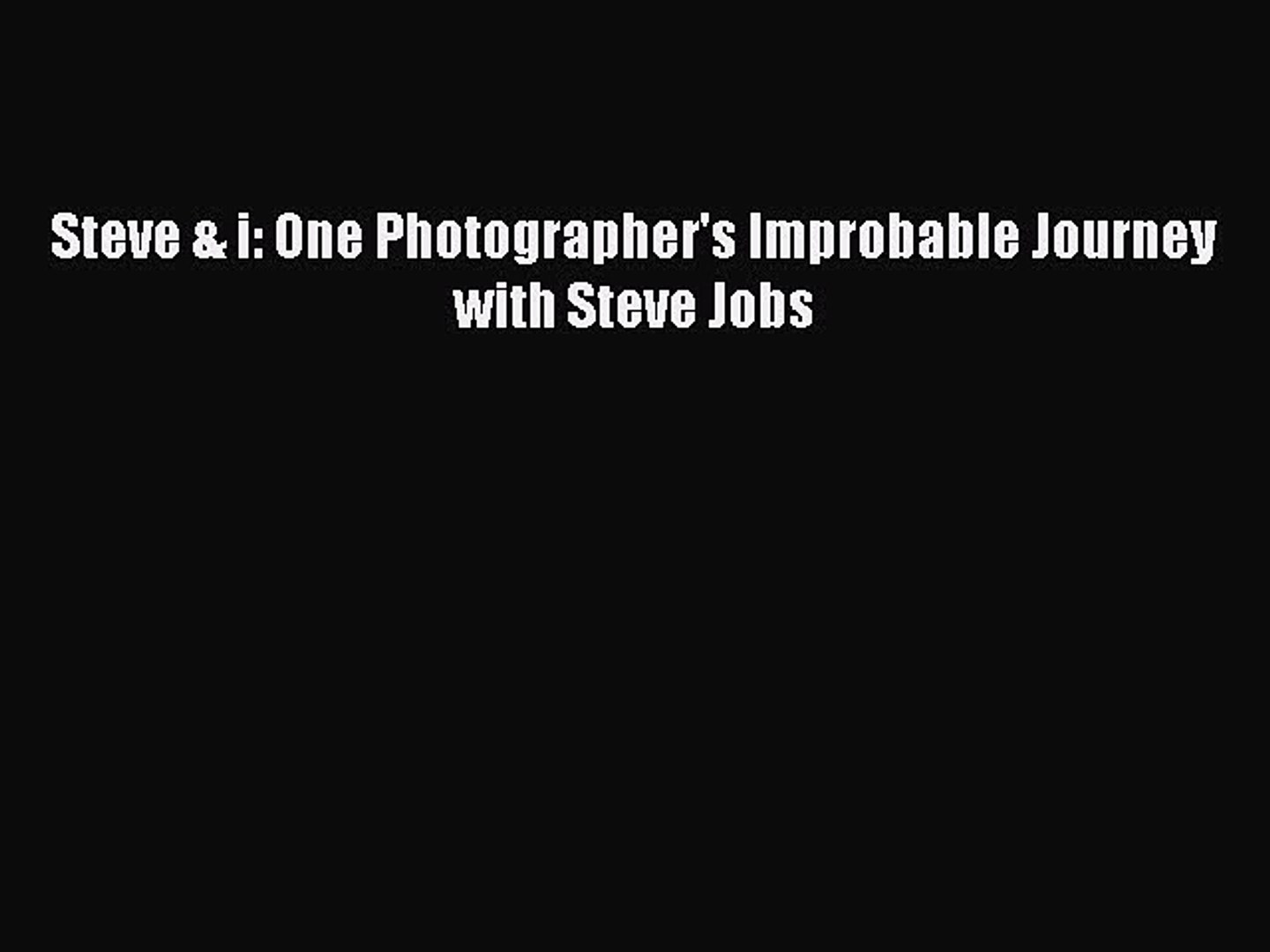 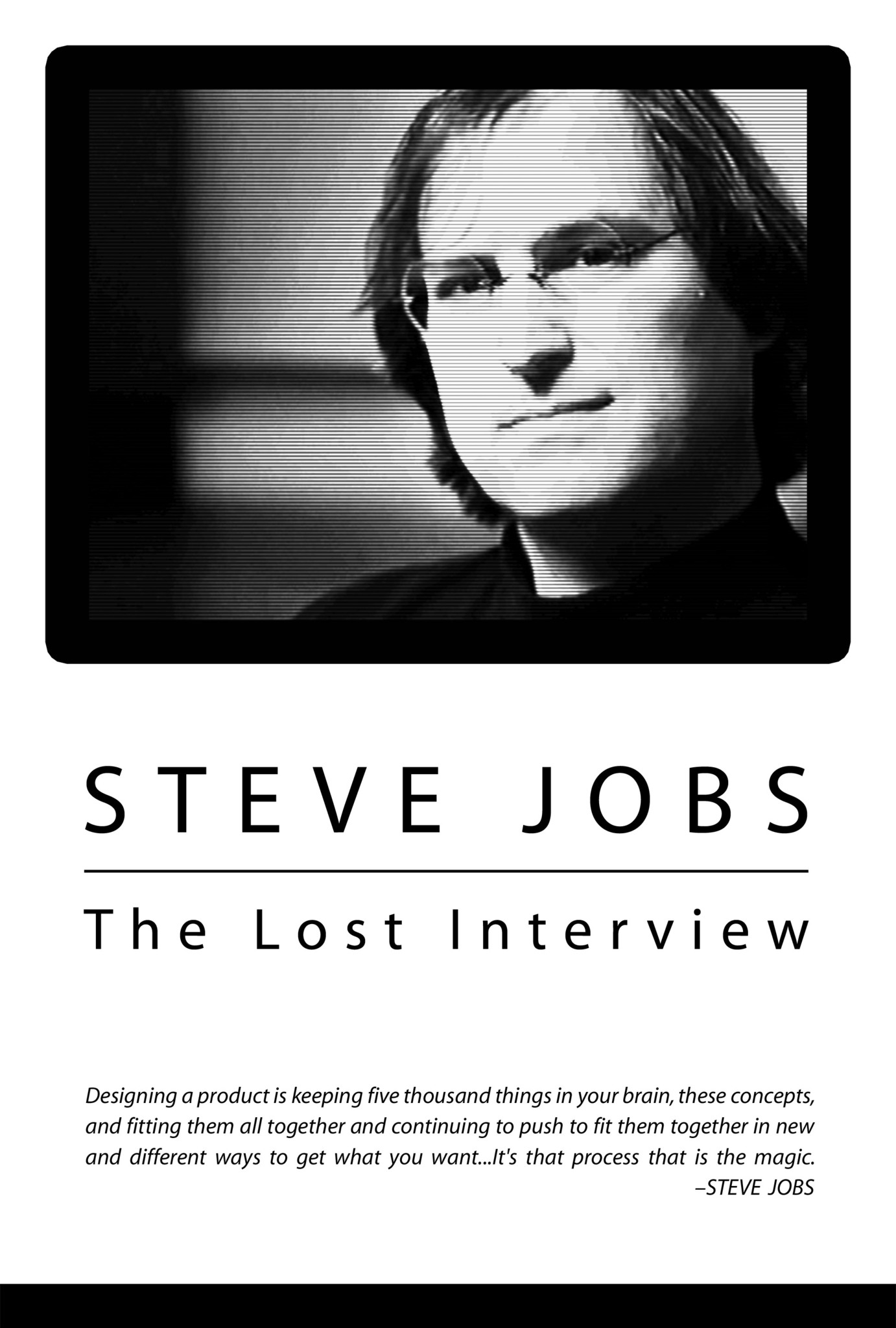 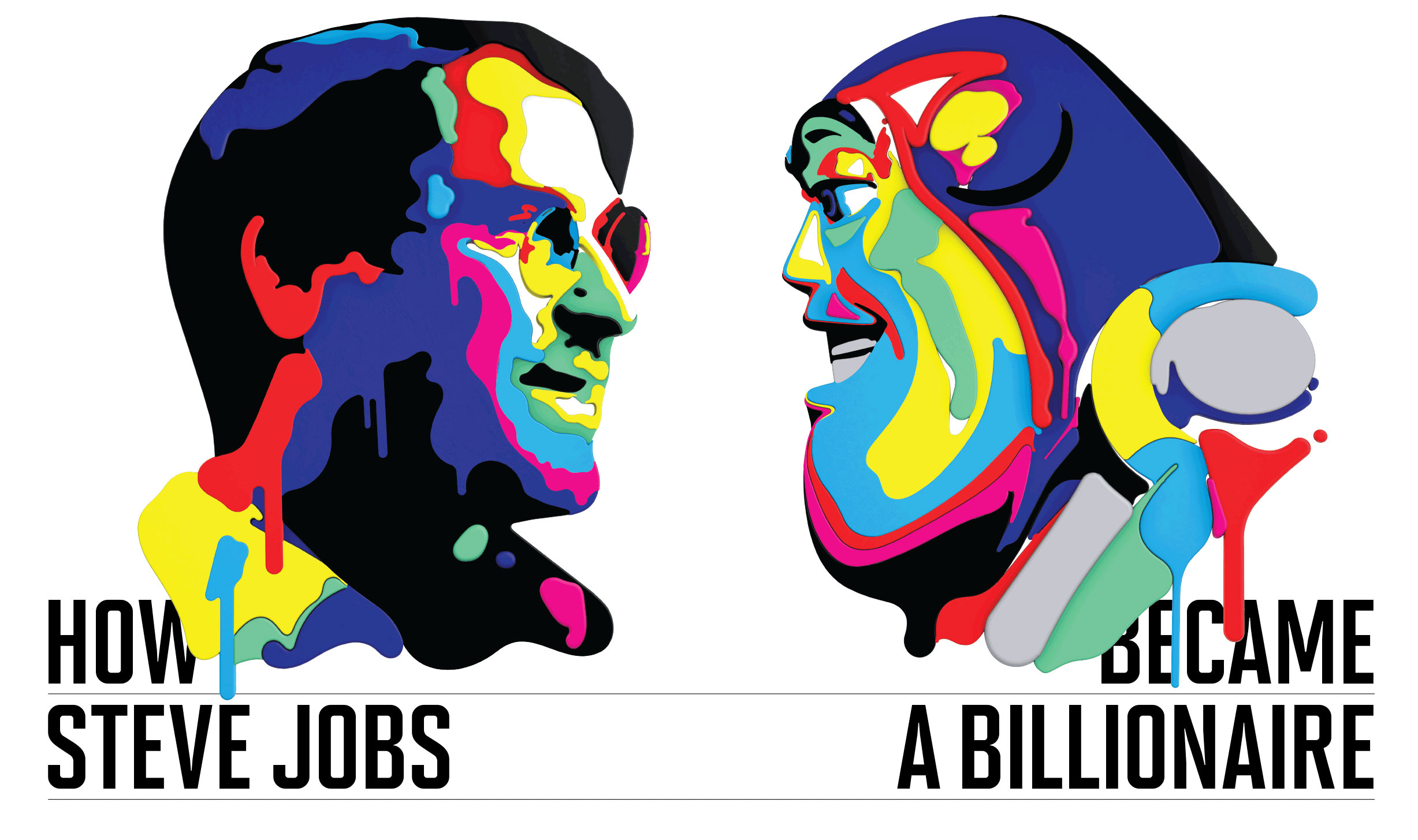 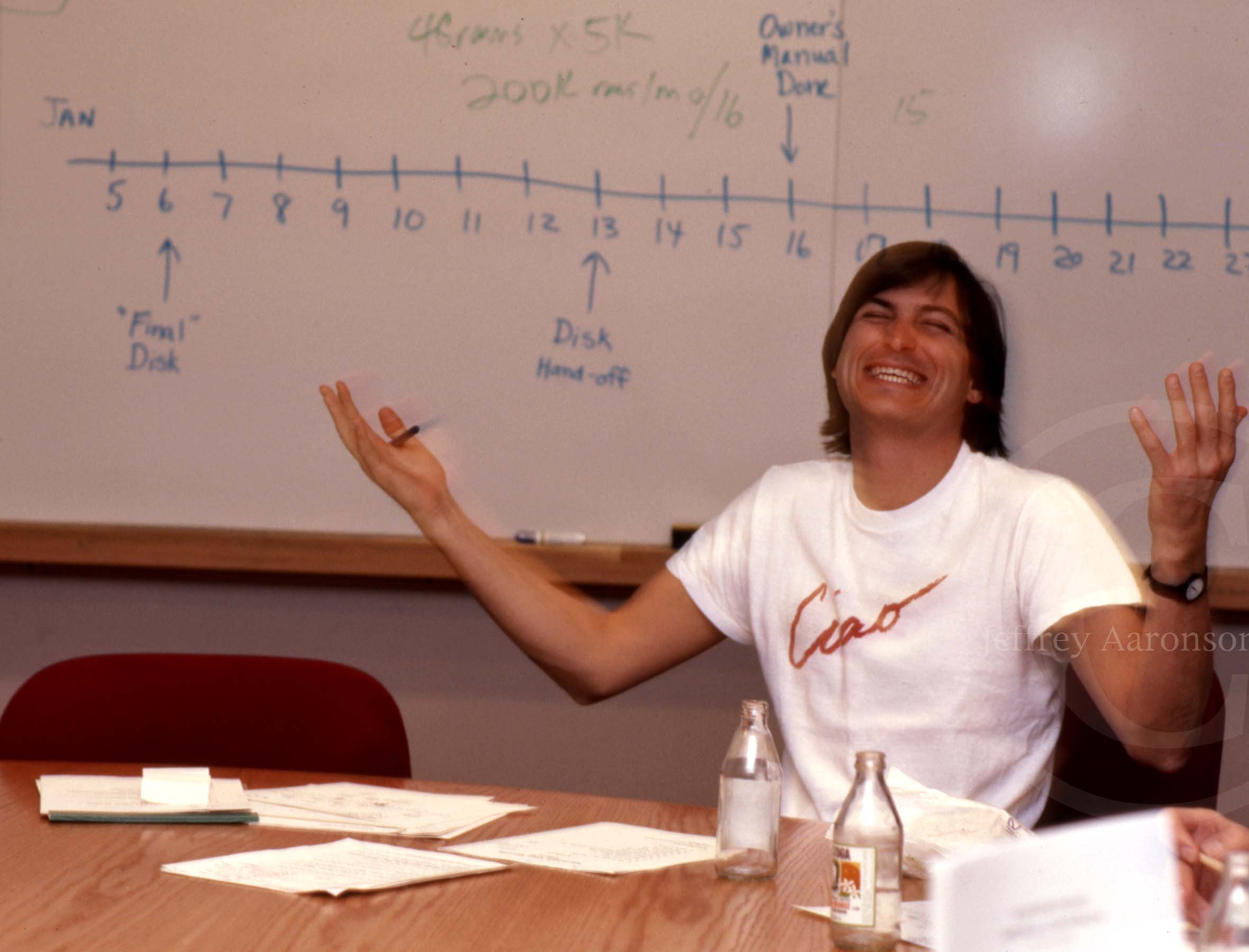 Related Steve & i: One Photographers Improbable Journey with Steve Jobs