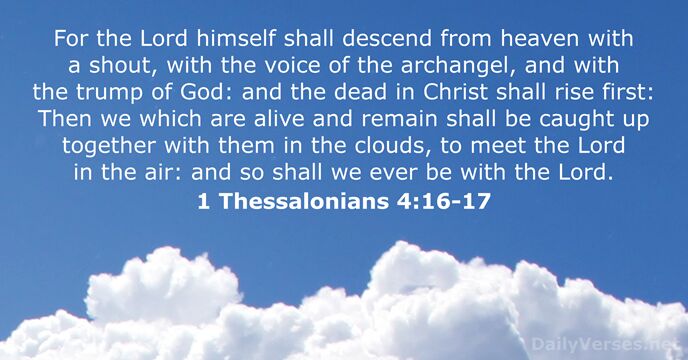 You reap what you sow. This is justice in its purest form. The only problem is, nobody measures up! So, if we rely on the justice of God, we're sunk! There is nobody here who deserves to go to heaven. Nobody is good enough! So if we depend on God's justice, we've had it. 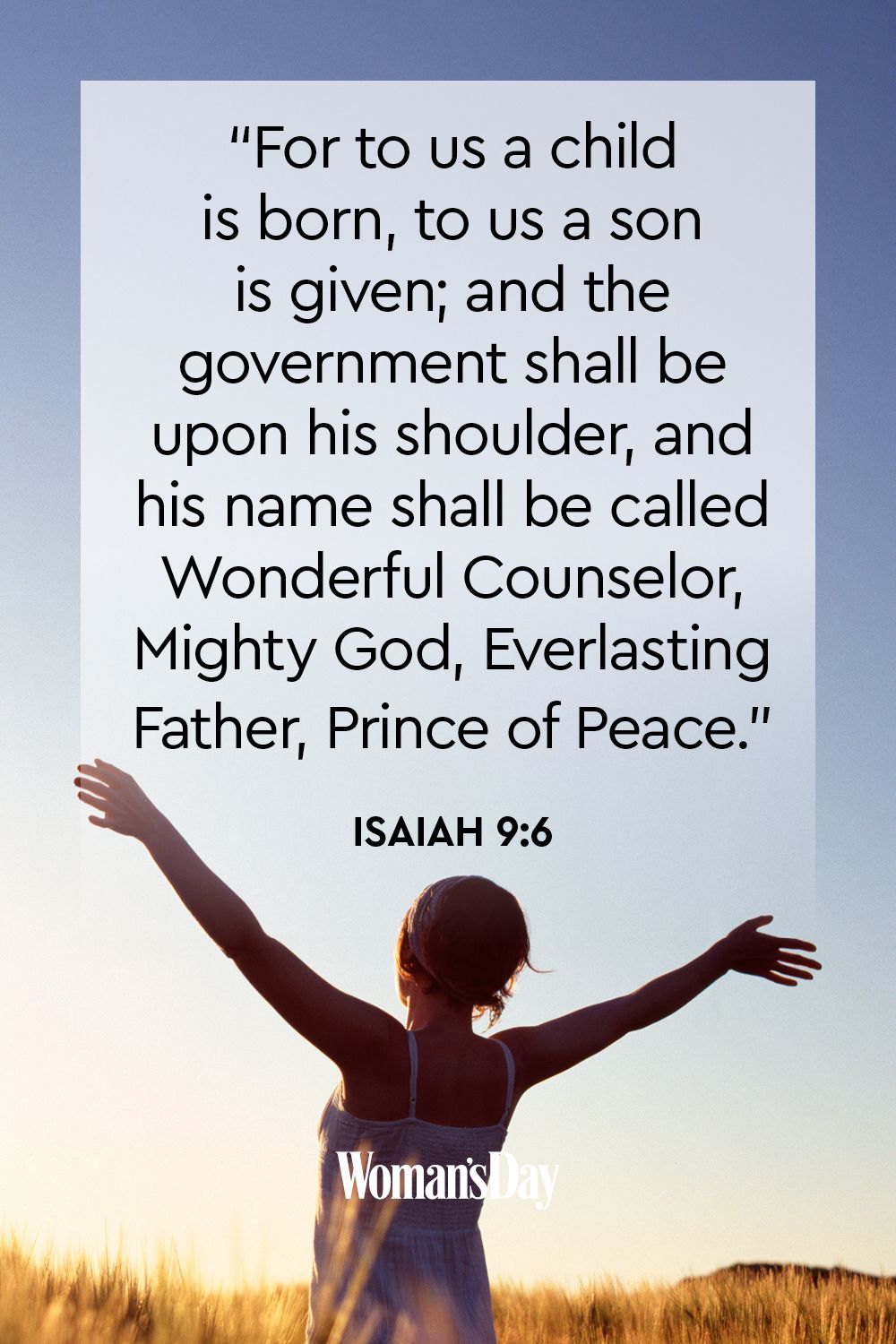 It's all over. Therefore, we must cast ourselves on God's mercy. Even though we are guilty and deserve to die, God still loves us. Sometimes people get the idea that God is a sort of cosmic tyrant up there, out to get us. But this isn't the Christian understanding of God. Listen to what the Bible says, "'Have I any pleasure in the death of the wicked? For I have no pleasure in the death of anyone,' says the Lord God.

2. Eden was abundant, but it wasn’t yet expansive.

Say to them, "As I live," says the Lord God, "I have no pleasure in the death of the wicked, but that the wicked turn from his way and live. Turn back, turn back from your evil ways. For why will you die?

Here God literally pleads with people to turn back from their self-destructive course of action and be saved. And in the New Testament it says, "The Lord is not willing that any should perish but that all should reach repentance" 2Pet.

Thus God finds himself in a kind of dilemma. On the one hand are His justice and holiness, which demand punishment for sin, rightly deserved. On the other hand are God's love and mercy, which demand reconciliation and forgiveness. Both are essential to His nature; neither can be compromised. What is God to do in this dilemma?

Looking Forward to a Heaven We Can Imagine

The answer is Jesus Christ. He is the fulfillment of God's justice and love. They meet at the cross: the love and the wrath of God. At the cross we see God's love for people and His wrath upon sin. On the one hand we see God's love. Jesus died in our place. He voluntarily took upon himself the death penalty of sin that we deserve.

The Bible says, "In this is love, not that we loved God, but that He loved us and sent His Son to be the atoning sacrifice for our sins" 1Jn. But at the cross we also see God's wrath, as His just judgment is poured out upon sin. Jesus was our substitute. He tasted death for every human being and bore the punishment for every sin. None of us can imagine what he endured. As Olin Curtis has written, "There alone our Lord opens his mind, his heart, his personal consciousness to the whole inflow of the horror of sin, the endless history of it, from the first choice of selfishness on, on to the eternity of hell, the boundless ocean of desolation, he allows wave upon wave to overwhelm his soul.

That's why Jesus is the key, and life's supreme question becomes, "What will you do with Christ? In order to receive forgiveness, we need to place our trust in Christ as our Savior and the Lord of our lives. But if we reject Christ, then we reject God's mercy and fall back on His justice. And you know where you stand there. If we reject Jesus' offer of forgiveness, then there is simply is no one else to pay the penalty for your sin--except yourself.

Thus, in a sense, God doesn't send anybody to hell. His desire is that everyone be saved, and He pleads with people to come to Him. But if we reject Christ's sacrifice for our sin, then God has no choice but to give us what we deserve. God will not send us to hell--but we will send ourselves. Our eternal destiny thus lies in our own hands. It is a matter of our free choice where we shall spend eternity. Now if this scenario is even possible, it follows that no inconsistency has been demonstrated between God's being all-loving and some people's going to hell.

For given that God has created us with freedom of the will, it follows that He cannot guarantee that all persons will freely give their lives to Him and be saved. The Bible makes it very clear that God desires every person to be saved, and by His Spirit He seeks to draw every person to Himself.

The only obstacle to universal salvation is therefore human free will.

Sermon: "Relationships: Will We Know One Another in Heaven?"

It's logically impossible to make someone freely do something. God's being all-powerful doesn't mean that He can do the logically impossible. Thus, even though He is all-powerful, God cannot make everyone freely be saved. Given human freedom and human stubbornness, some people may go to hell despite God's desire and efforts to save them. Moreover, it is far from obvious that God's being all-loving compels Him to prefer a world in which no one goes to hell over a world in which some people do. Suppose that God could create a world in which everyone is freely saved, but there is only one problem: all such worlds have only one person in them!

Does God's being all-loving compel Him to prefer one of these underpopulated worlds over a world in which multitudes are saved, even though some people freely go to hell? I don't think so. God's being all-loving implies that in any world He creates He desires and strives for the salvation of every person in that world. But people who would freely reject God's every effort to save them shouldn't be allowed to have some sort of veto power over what worlds God is free to create.

Don't All Good People Go to Heaven? - Focus on the Family

Why should the joy and the blessedness of those who would freely accept God's salvation be precluded because of those who would stubbornly and freely reject it? It seems to me that God's being all-loving would at the very most require Him to create a world having an optimal balance between saved and lost, a world where as many as possible freely accept salvation and as few as possible freely reject it.

Thus, neither of the crucial assumptions made by the opponent of the doctrine of hell is necessarily true. God's being all-powerful and all-loving does not entail that everyone will freely embrace God's salvation or that no one will freely reject it. And thus no inconsistency has been demonstrated between God and hell. Now the opponent of the doctrine of hell might admit that given human freedom God cannot guarantee that everyone will be saved.

Some people might freely condemn themselves by rejecting Christ's offer of salvation. But, he might argue, it would be unjust of God to condemn people forever. For even grievous sins like those of the Nazi torturers in the death camps still deserve only a finite punishment. Therefore, at most hell could be a sort of purgatory, lasting an appropriate length of time for each person before that person is released and admitted into heaven.

Eventually hell would be empty and heaven filled. This is an interesting objection because it argues that hell is incompatible, not with God's love, but with His justice. The objection is saying that God is unjust because the punishment doesn't fit the crime. Now if one finds this objection persuasive, one could avoid it by adopting the doctrine of annihilationism. Some Christians hold that hell is not endless separation from God, but rather the annihilation of the damned.

The damned simply cease to exist, whereas the saved are given eternal life. Now while I'm not of this opinion myself, it does represent one way in which you could blunt the force of this objection. But is the objection itself persuasive? I think not:. We can agree that every individual sin which a person commits deserves only a finite punishment. But it doesn't follow from this that all of a person's sins taken together as a whole deserve only a finite punishment.

If a person commits an infinite number of sins, then the sum total of all such sins deserves infinite punishment.

Now, of course, nobody commits an infinite number of sins in the earthly life. But what about in the afterlife? Insofar as the inhabitants of hell continue to hate God and reject Him, they continue to sin and so accrue to themselves more guilt and more punishment. In a real sense, then, hell is self-perpetuating. In such a case, every sin has a finite punishment, but because sinning goes on forever, so does the punishment. We could agree that sins like theft, lying, adultery, and so forth, are only of finite consequence and so only deserve a finite punishment. But, in a sense, these sins are not what serves to separate someone from God. 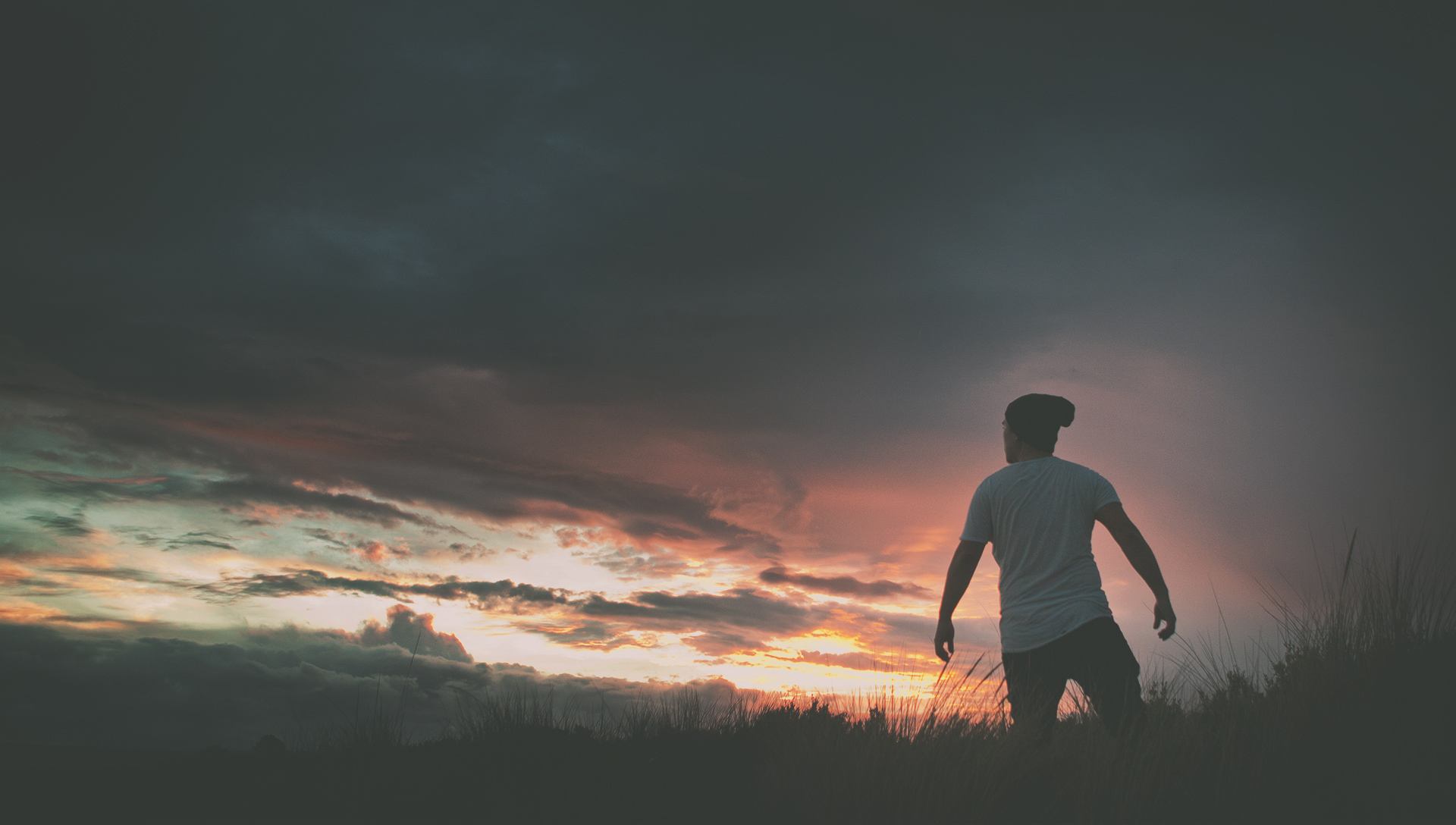 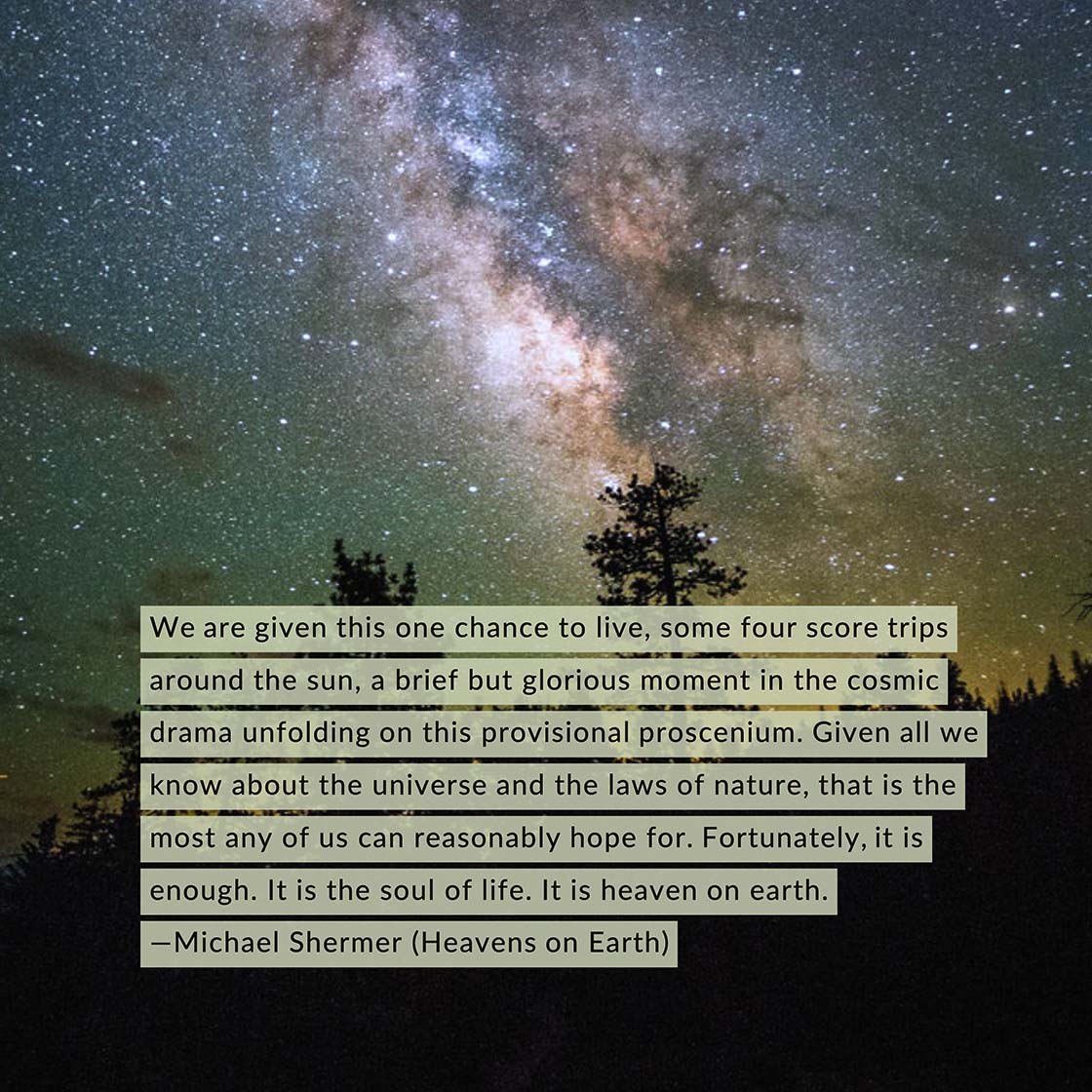 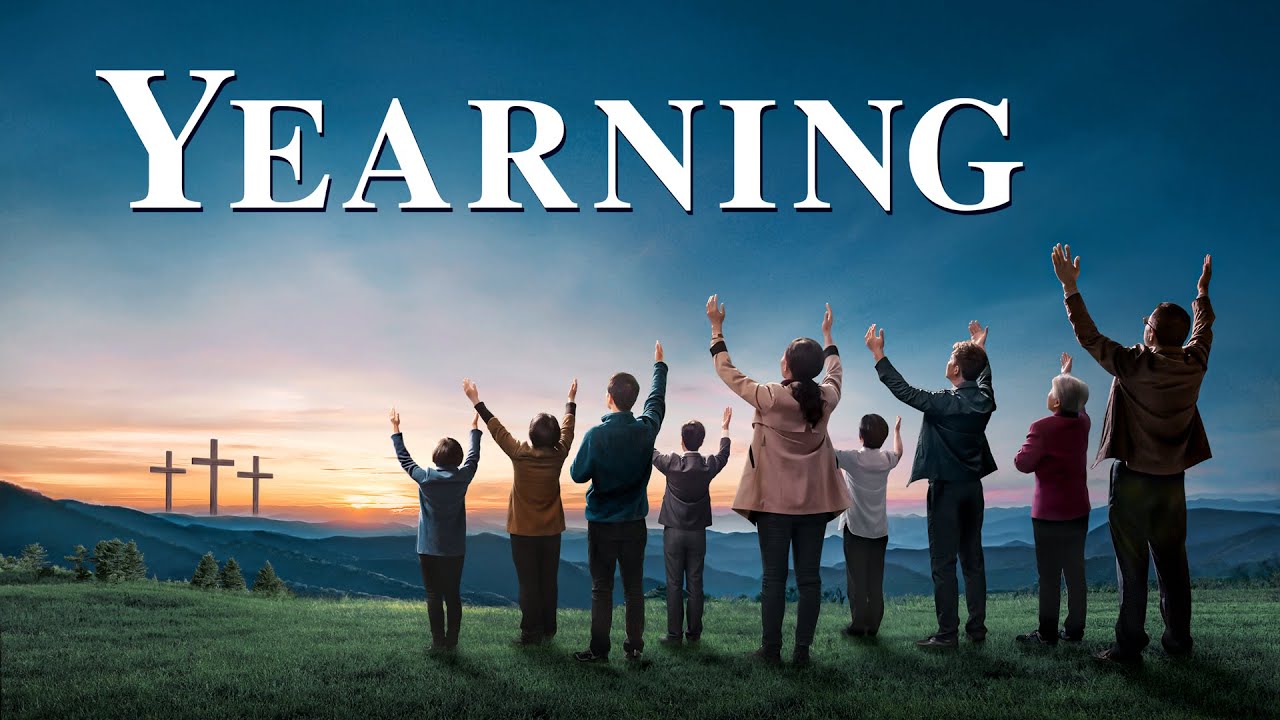